Message to the international community and the United Nations

Mayyun Organization warns of the high humanitarian cost of the military escalation in the vicinity of Marib city by the Houthi group, threatening the lives of hundreds of thousands of displaced people who are crowded in the city’s neighborhoods and camps and have no alternative home. The organization cautions that in addition to this appalling and indifferent escalation of the displaced; Displacement camps lack the most basic health services, suffer from delayed food supplies, and reduce the number of families eligible for monthly rations.

At the same time, the organization expresses its deep surprise at the absence of the role of humanitarian organizations in assuming their responsibilities in providing cold protection tools for women, children and the elderly in displacement camps in this desert-winter climate. This war in the vicinity of a city that hosts more than 2 million Yemenis who were displaced by the Houthi group from their areas of control during the seven years of war. In the country, the international community and the United Nations will not then be able to bear its high cost. Issued by Mayyun Human Rights Organization December 13, 2021 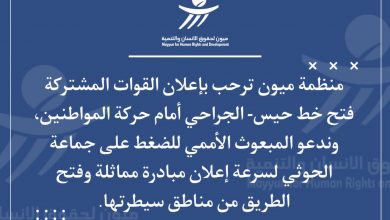 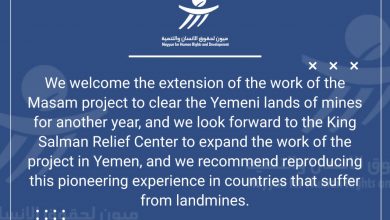 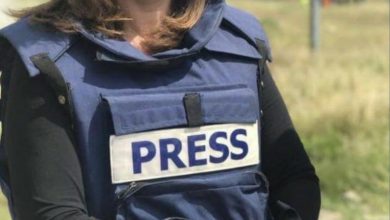 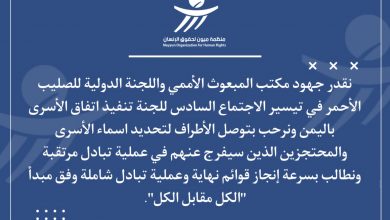